What you need to understand

Appointment of this Agency as a representative of WW 1.1  Authorization to recruit students

WW authorizes the Agency to recruit students for WW in accordance with the terms and conditions of this Agreement. WW and the Agency agree that this appointment is not exclusive.

2.1 WW agrees to issue an authorization letter to the agent, giving him non-exclusive rights to represent WW as an agent to recruit students.

2.2 WW agrees to deal with students and with the Agency in lawful, ethical, and proper ways. WW agrees that the interests of the student or prospective student are most important, and WW will present clear, accurate, and complete information about itself to the Agency and to students.

2.4 WW agrees to inform the Agency in writing of any changes in fees or services.

2.5 WW agrees that it will consider each application submitted by a prospective student for admission to WW.

2.6 WW agrees to follow up promptly on any questions or requests for information made by or through the Agency.

2.7 WW will interview each student who comes to WW through the Agency in order to monitor the quality of the services provided by the Agency and to ensure that the recruitment and processing of the student has been done lawfully, ethically, and properly. WW invites the Agency to do the same of any students who have been enrolled in WW’s program after having been recruited by the Agency.

2.8 WW agrees to keep confidential all information about the Agency’s operations.

2.9 WW agrees to pay a commission to the agent for each student that the Agency places in WW’s program, according to the following rates:

Unless otherwise stated in this Agreement, the Agency will be fully responsible for all expenses that it has in carrying out this Agreement.

Unless otherwise specifically stated in this Agreement, neither WW nor the Agency will be liable for any liability, claims, losses, costs, expenses, injuries, or damages to which the other may be subject as a result of any activities in connection with this Agreement. This does not relieve either WW or the Agency from liability for its own actions.

Use of the Wynton’s World Agent logo

Wynton’s World Agents may use the logo in the following ways:

Both parties will have the chance to decide whether it is in Wynton’s World and your interest to remain a Wynton’s World Agent. If either party decides that it is no longer beneficial then steps to remove the Wynton’s World logo from your publicity must be taken.

Legitimacy is based on the offer as expressed in the brochure or website or any other written documentation sent to a client and available as evidence. Wynton’s World reserves the right to update this agreement from time to time. 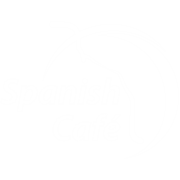